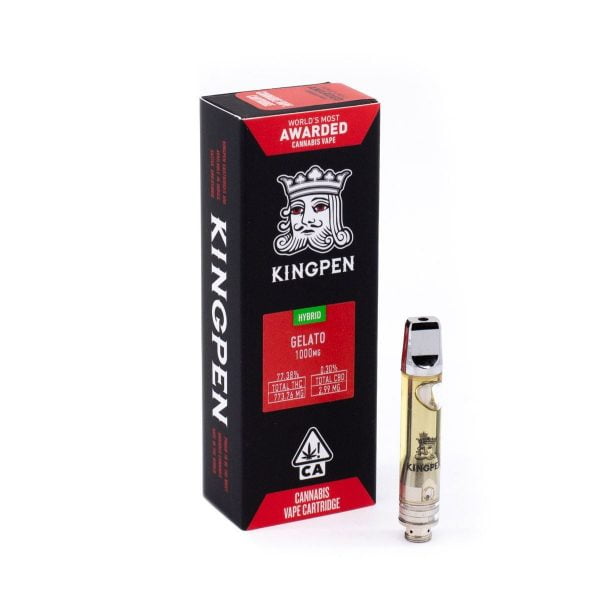 710 Kingpen unlike other vape pens, has a nice, clean design and feel. Each cartridge is equipped with 0.5 ml as well as 1ml lab tested, solvent free THC oil. The oil used in 710 Kingpen cartridges is of the highest quality. Reason why it currently sits as the most awarded vape cartridge. This premium cart is extremely hard to come by and well sought after. Vape Cartridges and Cannabis Oil Shop is among a handful of websites which offer the carts. As tobacco products take on a similar look-and-feel with their version of the vape pen called, E-Cigs. The stigma associated with marijuana use continues to go up in smoke. Vaping has gained such widespread acceptance worldwide, that the word. The 710 KingPen is the next-generation, hand-held portable vaporizer. 710 King Pen produces a vapor which is inhaled, instead of a smoke. Many medical marijuana patients who are unable to smoke rely on this form of medicating.

There are only a few things you need to know about 710 King Pen. They are the highest-quality, best-selling and most highly decorated vaporizer on the market. They are produced in California, based in Los Angeles, and they are one of the market leaders as of right now.
710 King Pen have won multiple awards, including winning the vape products category at the High Times Cannabis Cup in both LA and Denver. As such, you can have faith in these vastly superior, lab-tested products. Choose between 0.5g and 1g cartridges, take a look at the strains and flavors below. OG strains included and Smart Vape Carts as well

There are no reviews yet.

Be the first to review “710 King Pen Cartridges” Cancel reply